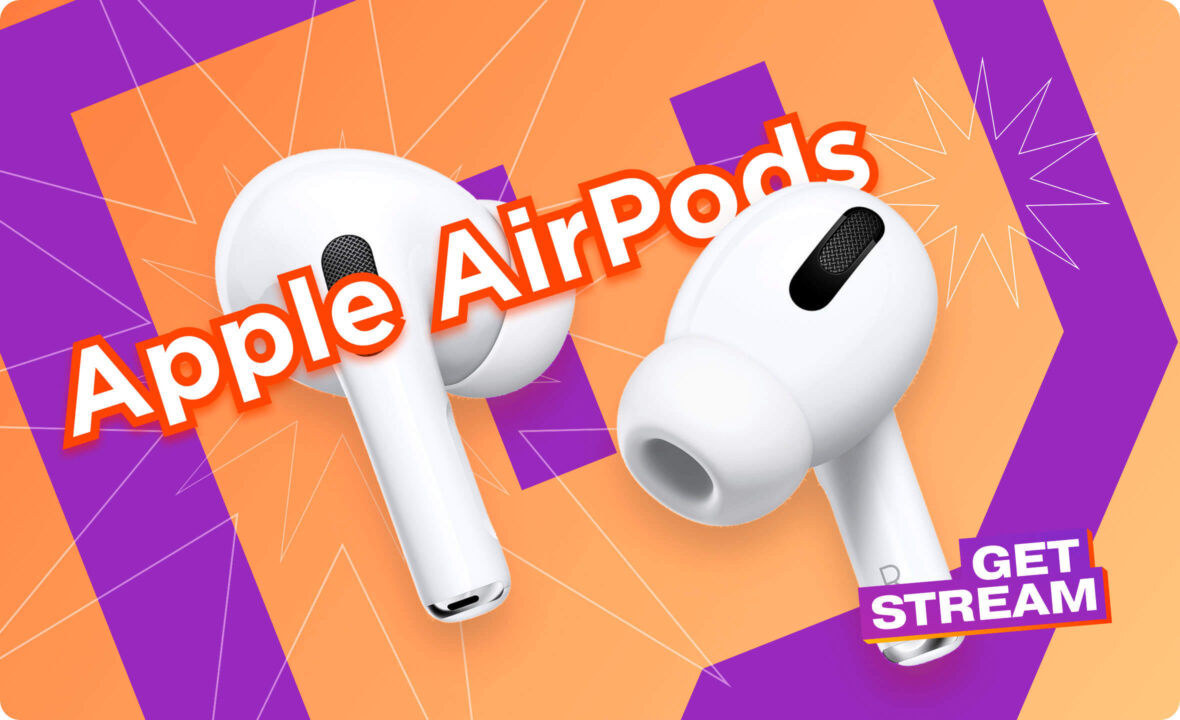 On this page
GetStream loves being the first. Cause it means that we’re doing something right. And also we love working with famous brands worldwide. And in April we started cooperating with Apple to promote AirPods on Twitch. Undoubtedly, it’s a double hit.

AirPods had never used Twitch as a marketing platform. And GetStream was the first that broadcast its ads via Twitch creators. That was an experiment for Apple, and we reckon it was pretty successful.

And now we want to tell you about the campaign and its features.

Of course, almost everyone in the world knows what Apple is. But even such a giant needs to promote its goods and seek new audiences.

Twitch has a great promotional potential for brands, but it differs from well-known Facebook, Google, or Instagram. You have to cooperate with streamers to get some significant results. But making a vast marketing campaign when you know nothing about the users is not a wise option. So Apple decided to start on 15-second video ads playing on streams.

It’s not the first Apple ad on Twitch ever, but they didn’t use this platform very often. It’s still a ‘terra incognita’ for them.

So there were two main aims:

From April 13th to May 7th, we are running two advertising flights. Streamers just showed ads during their streams. It’s simple but effective.

Before any ads start, we make an offer to the team of streamers working with us. And, it’s crucial, they can choose what campaigns to participate in. If streamers don’t like some brand or its goods, they feel free to reject the offer.

But what do you think about how many streamers wanted to promote the Apple company? Spoiler: lots of them. And there were both those total no-names with a very few subscribers and streamers from top-1000 with tens of thousands of followers. This campaign attracted serious attention among Twitch creators. It is pretty cool to add to your CV the line like “Took part in an Apple’s advertising campaign.”

There are 30 million active users daily on Twitch. It is a huge and promising market barely used by Apple. And now marketers are trying to change it. We have run only two flights of ads, but it is just the beginning.

Over 93% of Americans know about Apple and AirPods. So it’s not that the company needs cold advertising. This campaign on Twitch is only a part of the Apple’s brand management strategy. It is at a local level now, but it may be global. The first results show that it works pretty fine.

In the beginning, we had a world-known brand with its famous goods, the most loyal streamer’s crew, and an audience of over 2 million Twitch users. We gathered over 50 streamers who showed 15-second video ads to their audiences. Nothing more.

And here are some results:

The CTR is 0,76%, which is pretty decent for testing. The first flight showed slightly better numbers (0,86%) than the second one (0,3%). And there are some features that we will analyze to get better results in future campaigns.

We didn’t limit streamers to the content they make. There were lots of gaming streamers playing League of Legends, Dota 2, Counter-Strike, Genshin Impact, and other popular games. And we haven’t noticed any significant differences among their audiences. All of them were pretty active.

By the way, video ads were well received by streamers. So they tried to launch them at the most preferred time of their streams.

The first week was the best one. We got up to 800 clicks a day. In contrast, we had about 50-70 clicks daily during the last week. The brand is known, so people wanted to check the offer.

In general, 700K views is just brilliant for testing the audience. This short campaign shows that Twitch has great potential for advertising Apple goods. And we may have some big and special marketing campaigns on Twitch in the near future. Can’t wait for it.

Up Next
Working with KFC: 667k views of ads in a two-week launch
GetStream Case Study: Adidas Advertising on Twitch
Getting 300 000 Views of Dying Light 2 Game in Twitch Streams just in Two Weeks
JBL on air: prolonged advertising campaign on Twitch and its brilliant CTR
For brands