Home Case Studies Getting 3000 newbies in a day: the one-event case for EVE Online

Getting 3000 newbies in a day: the one-event case for EVE Online 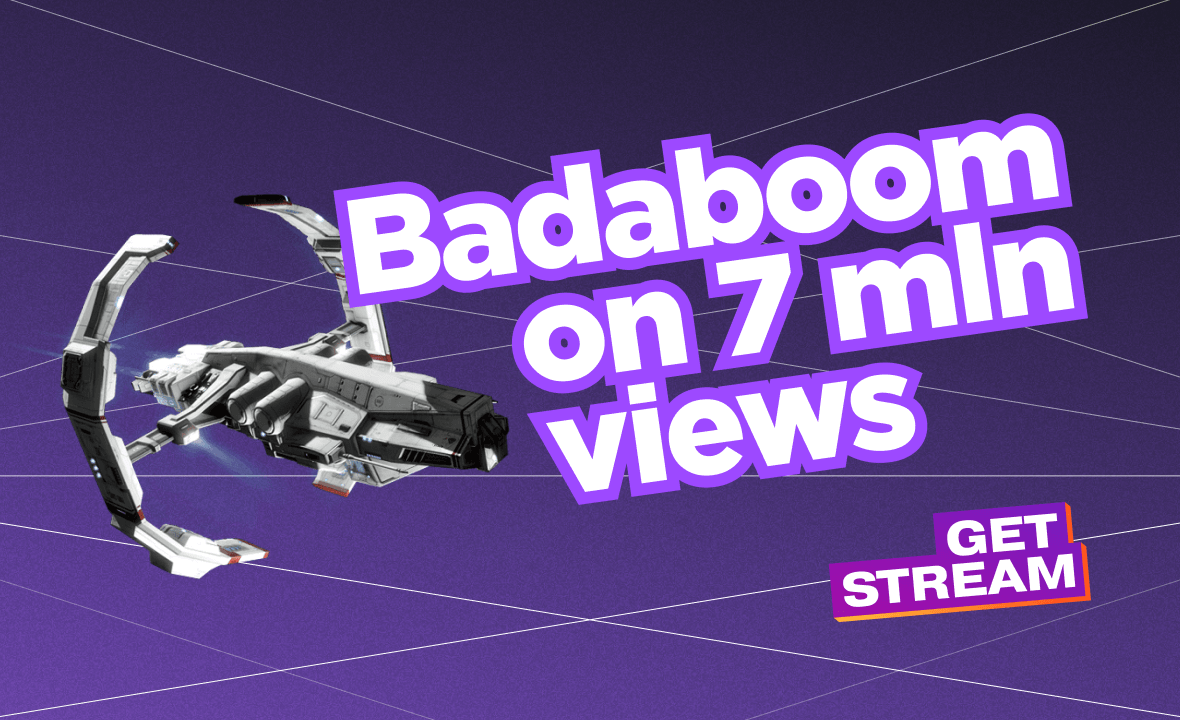 On this page
We do like to promote games on Twitch. It’s just made for it, and we enjoy the fun we’re getting on the way.

Here’s one of the funniest events we had lately, it’s also one of those that makes us proud – meet the battle for EVE Online, one of the most famous space MMORPGs ever.

We took 35 Twitch streamers, gave them powerful warships, and threw them into a big PVP battle. Seven million people have seen this fight, at that time EVE Online hit the top-6 Categories on Twitch. It was super fun for everyone involved, including the participants, their audiences, CCP observers, and  GetStream (obviously).

Mission possible: one day, one event, and brilliant results

Single-day advertising campaigns are rare on Twitch. The reasons are simple – Twitch is a big platform with thousands of streamers, so the shorter the event is the easier it gets lost among hours of other content. You want this to be bright, engaging, native – and fun.

And it’s not easy. Simple integrations won’t work properly if they last for only a day, so after weighing all the pros and cons we decided to try an unusual strategy for “EVE Online”.

The event we created was just 8 hours long, but the preparations took almost two weeks, and here’s what we eventually got from it.

The idea of the event was simple: to gather a few dozens of streamers and run a big battle all vs all. Yet like with any great battle, this one required some background.

All streamers we chose were newbies in EVE Online. All of them launched the game for the first time on the day of the event, and that’s why their emotions were so real and priceless.

Like if you didn’t know, EVE Online is a space-based MMORPG. A player can mine resources, or become a pirate and steal stuff, craft goods and ships, trade, fight in space wars, etc – and we’ve all heard of stories of great battles, guild wars, and betrayals, so it’s also a quite developed social element in the game. At the same time, it’s a real hardcore, usually, players learn its tricks for months and even years.

The main difficulty was to keep new players involved and manage an attractive picture for viewers to eventually make them try the game. And here’s what we did.

31 streamers were divided into six teams. Each team got its curator, who helped players to understand the core game mechanics and gameplay features, which is super important due to EVE being as hardcore as we all know it is, with lots of rules and peculiarities that are usually unclear for newcomers. Each streamer received a Revelation or Phoenix ship and learned the main war features about how to steer the ship and destroy enemies. No complicated tactics or strategies were presented though: just basic things enough to get some fun.

We wanted to show our viewers that EVE Online is not just about mining resources, trading, and traveling from one planet to another. It’s full of fun and joy. And it’s literally a universe within itself.

Each streamer broadcasted the EVE battle and preparations for it for an average of 3 hours, and all streams overall lasted for 193 hours. A few people liked the game very much and even continued to stream it later for some time on their Twitch channels.

Surely, we used standard marketing tools like a stream overlay, a chatbot, and a banner in a description section – but the entire focus was on the battle itself. Although it turned out to be a complete mess when everything that could possibly go wrong actually went wrong, still players enjoyed it a lot.

The one-day campaign was a huge success: Over 1,122,000 viewers have seen this battle online, and 6 million more saw it in the recording. For us, that was just wow. We obviously chose streamers from the Twitch top-10k  with tens and hundreds of thousands of followers, still, 7M unique views were way above our expectations

Because of us, EVE Online has instantly broken into the Twitch top-7 games of the month, the brand impact was brilliant, and we also attracted a whole army of new players organically:

There were lots of people among viewers who already had accounts in EVE Online but quit the game a long time ago. In most cases, they logged in, played a day or two, and deleted the game saying something like: “Oh, it’s just not for me.” This event just showed them how interesting and involving EVE Online could be from day one, and that’s a big win for us all.

To be honest, certain complications came up: half of the invited streamers usually played one or two titles, so their audiences were used to those, and a part of them was not happy about a new game smashing in. For GetStream, It means we should analyze streamers’ audiences more carefully in the future to avoid that kind of perception.

In this business, a personal attitude is crucial. At the start, all streamers took the event as just another integration project with a pretty demanding brief, yet when all the preparations were ended, the guys were really in and tried their best to win the battle (or at least not to be out of the picture fast enough). People saw them having fun for real. And that’s always the point.

Up Next
GetStream Case Study: Adidas Advertising on Twitch
Apple AirPods: first touch on Twitch via GetStream
Hyping the medieval GTA: Rustler ads on Twitch channels
JBL on air: prolonged advertising campaign on Twitch and its brilliant CTR
For brands