Working with KFC: 667k views of ads in a two-week launch 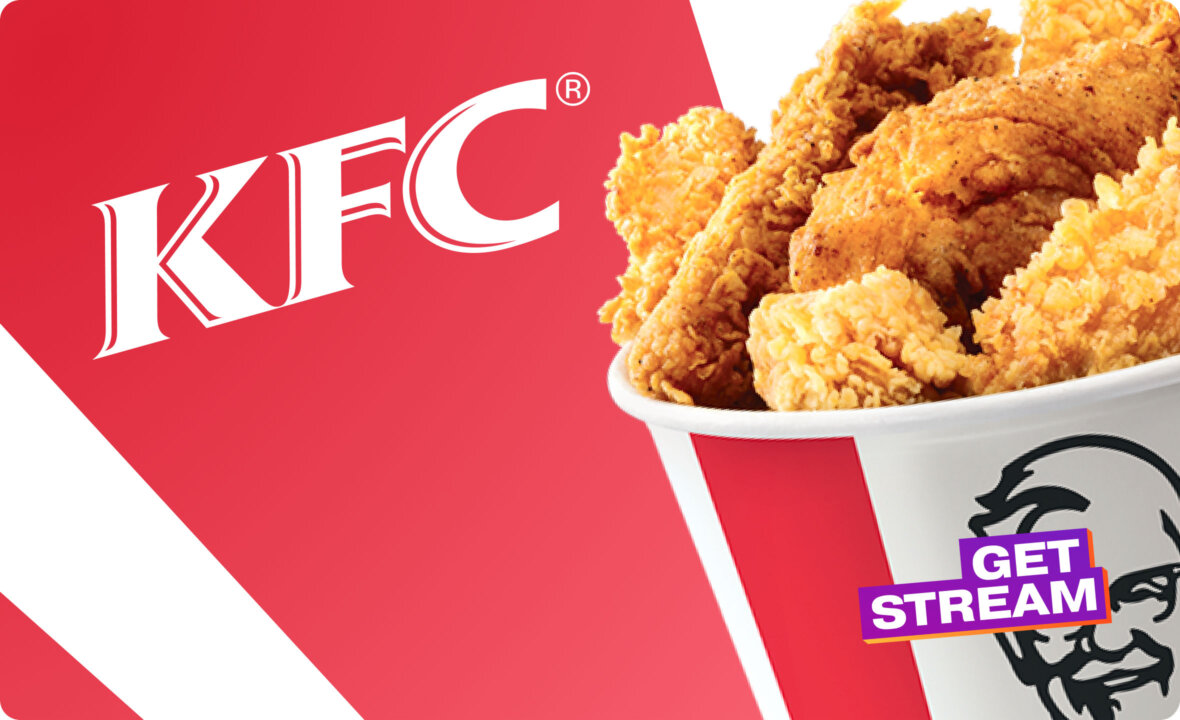 On this page
GetStream loves advertising food. Cause it’s always a precise hit into the audience and great results of a promotional campaign. It’s true even with no-name companies, but with famous brands, it’s like a big badaboom.

Christmas with KFC: gamers loved it

We started this launch in December, almost two weeks before Christmas. At the same time, KFC runs a big campaign on socials and on TV. Its ‘finger-lickin’ quick’ motto was heard from every toaster in the US.

Also, they wanted to promote a new feature of their restaurants: Quick Pick-Up. It means that people can make an order via the KFC app and take it without any waiting lines.

Earlier the brand successfully cooperated with top-rated streamers, but this time they chose other tactics. They wanted to use lots of streamers with small and medium audiences.

There were three main aims of this launch:

So, we’ve made our usual two-week launch, right before Christmas. From December 14 to 27. And it gave us more than interesting results.

Many a little makes a muckle

We published a proposal to our partners and in a very short term gathered 124 streamers who wanted to take part in the KFC campaign.

There were both streamers with less than a hundred viewers and popular influencers with a few hundred thousand followers. Actually, lots of creators responded to our proposal, cause KFC is a famous brand known in 132 countries. Of course, it’s pretty easy to find streamers who want to work with it. Streamers seek to work with world-known companies, cause even when a campaign was a small one, they still can add a company’s logo to their marketing kit.

Newbies and medium-rated streamers are the core of such flows. Cause this time there were no unique collaborations and difficult ideas. Just showing short 15-second videos to the general public. And it worked well.

KFC launch: results and thoughts about it

In the beginning, we want to say that 124 streamers are really a lot. For example, over 50 creators took part in the Apple Watch campaign. So KFC got massive support on Twitch. Every participant showed his or her followers 15-second ads.

And here are some results:

The CTR of the campaign is 0,52%. It’s pretty good for a cold audience. But we reckon it’s because almost everyone knows about KFC. But still, the main aim was not to sell some buckets but to tell about new offers for customers.

There was one interesting moment during the flow. You can see that the number of unique views is only 26% of the total amount. It’s because of a few enthusiastic streamers. Each of them ran the ad almost a hundred times when streaming. It could affect sales, but there were pretty fine rates of jumps to the page.

Now a few words about categories on Twitch used by creators. Over 27% of streams were taken in the “Just Chatting” category. And it’s a usual number, cause gaming streams are very different and there is no leader among them. Counter-Strike: GO showed well results, but Dota 2, Escape from Tarkov, and Hearthstone were not worse.

Unexpectedly, we got over 550 clicks with the help of a single streamer playing GTA V. It’s a lot, and it’s unusual. Maybe, he’s just asked his audience to click? It could be a useful strategy, so we’d like to check it out.

There also were some unpleasant surprises. For example, we had over 11k viewers in the “Rainbow Six” category but got no clicks at all.

But the final result is decent. We’ve realized all goals of this campaign. And KFC definitely will approach us in the future. Profit!

Up Next
Apple AirPods: first touch on Twitch via GetStream
GetStream Case Study: Adidas Advertising on Twitch
Getting 300 000 Views of Dying Light 2 Game in Twitch Streams just in Two Weeks
Getting 3000 newbies in a day: the one-event case for EVE Online
For brands